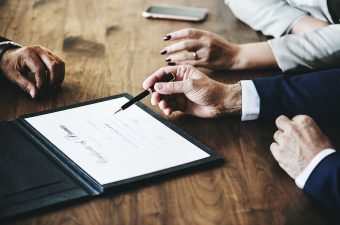 The Secret Of Wechat’s Success In China: The App That Allows You From Requesting A Divorce To Paying Bills

Thinking about filing for divorce through an application such as WhatsApp, Facebook or even Instagram is at first sight unimaginable. But in China it is already possible to do so thanks to an application. WeChat, the most popular instant messaging service in the country, includes a “divorce” function to be able to make an appointment with a local separation registry office, according to the expert in this app Matthew Brennan advanced in a tweet.

The application, which launched this feature in trial mode in Guangdong province in May, continues to strengthen its dominance in the country. It closed 2017 with 980 million users and, with the Chinese New Year, it became the third app to cross the line of 1 billion users , only behind WhatsApp and Facebook Messenger. Why is WeChat so popular?

When SMS were very expensive in China

To understand the success of the app you have to go back to its origin, since it was designed with the Asian market in mind. Tencent , a company founded in 1998 by Ma Huateng and Zhang Zhidong that is Alibaba’s main rival, launched the app on January 21, 2011.

At that time, in countries like the United States, messaging applications had competition from telephone companies, which offered flat SMS rates . But in China, these types of messages were not so cheap, and email did not quite penetrate society, according to The Economist . This made users enthusiastically welcome free mobile messaging apps.

In 2010, Tencent owned QQ, the most popular computer messaging app in China before WeChat came along. The company realized the rise of the internet on phones and saw that the user experience on the computer was different from what it was looking for on the mobile. It was then that she decided to develop a new application thinking about its use on smartphones. Thus was born WeChat, whose original name is Weixin, which literally means “micro letter”.

Once this new app hit the market, Tencent took advantage of QQ’s user base and allowed them to transfer their contacts to the new app, according to the same newspaper. This fact gave WeChat an edge over the rest of its current competition in China. Within the country, WeChat’s main competitors are Weibo, QQ, Momo, Tantan or Oppo, according to eMarketer.

China ONE call provides a 24/7 telephone link to professional English & Mandarin speaking staff who can communicate on your behalf. No longer will there be an obstacle in your way, no more uncomfortable smiles at the impatient taxi driver, ticket clerk, waiter, shop assistant or hotel receptionist.